The Royal Danish Porcelain Manufactory was founded in 1775 by chemist, Franz Heinrich Muller, under the patronage of the Queen dowager Juliane Marie, Crown Prince Frederick and King Christian IV. Four years later the King took full charge of the finances and styled The Royal Copenhagen Factory. Flora Danica, one of the most original and inspiring Dinner services of all time, was manufactured for Catherine the Great during this period.
By the middle of the nineteenth century, after privatisation, the factory was producing much elegant tableware, particularly those decorated in cobalt blue. As well as dinner ware the factory started producing modelled figures, both glazed and unglazed. Royal Copenhagen successfully launched itself onto the World market in 1889 at the World Fair in Paris and subsequentially opened stores in New York, Paris and London.
The factory flourished again after the restrictions imposed by two world wars and many of the painted and underglazed models available today were sculpted in this period.

A talented young artist and sculptor Frederick Grondahl, who had been working at the Royal Copenhagen Factory, and two successful business men from Copenhagen city teamed up to open the Bing and Grondahl factory in 1853. But from the very beginning it struggled with supply of raw materials and artists to decorate products.
In 1889 B&G released the first of the Christmas plates, a cobalt blue design of a winter scene, which has been released every year since conception and keenly collected all over the world. These plates along with the Seagull dinnerware became responsible for a large portion of the production at the factory.
The immense popularity of their dinnerware saw rapid growth into the twentieth century.
The Royal Copenhagen Porcelain Company purchased Bing and Grondahl in 1987.

Jens Peter Jensen was a prolific sculptor working for both Royal Copenhagen and Bing and Grondahl. In 1925 he decided to open his own business – The Dahl Jensen Porcelainfabrik in Copenhagen. Along with his son, Georg Jensen, they not only produced underglaze decorated figures but also a series of crackle glaze vases, bowls and pots. As well as producing many of his small animal figures modelled at the other factories, he made new more unusual figurines. Famously he created a wonderful series of Orientals figurines, most notably the Balinese dancers.

The factory remained a family business producing a small number of top quality items. Along with his son, his wife, grand daughter and grandson also joined the factory as artists. Out of the 400 different models Dahl himself sculpted over half of them. He died in 1960 and the factory closed in 1985.

Danish artist, illustrator, and ceramicist Bjørn Wiinblad was born in Copenhagen in 1918. He studied graphic arts at the Royal Danish Academy of Fine Arts in Copenhagen, graduating in 1943. In 1946, Wiinblad joined Nymølle, a Danish pottery manufactory (which Wiinblad would eventually take ownership of in 1976). He opened his own design studio in 1952, and shortly after began designing for the German porcelain company Rosenthal. Wiinblad was appointed Rosenthal’s chief designer in 1957, a position that allowed him to travel across Europe while achieving international recognition. 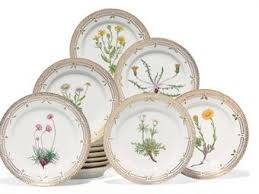 The Chinese had been making hard paste porcelain 100s of years before the process was finally mastered in Europe. The raw materials remain the same, it is their mix and firing that produces the variations in product.

After the first firing items are decorated and covered in an opaque glaze for a final firing. The pigments used only show colour after firing so the decorators have to be very skilled. As all figurines are hand painted there can be a great variation in finish.

Blanc de Chine figures are given a special glaze which makes them appear pure white.

Crackle glaze was perfected in the 1920s. The process allows for different rates of shrinkage during the second firing process. Colour is then applied to the cracks and a further protective glaze applied.

To achieve the Overglaze decoration the figure is painted on top of a white glaze. The figurine is then fired twice more at a lower temperature, gold and silver being added before the final firing and then polished.

The factory uses the same trade mark today as it did in 1775. Legend has it that Queen Juliane Marie herself asked the factory to take three wavy lines as its symbol which represent the three waterways that surround Denmark, the Green belt, the little Belt and the Sound. On larger items a crown was added along with an item number and painter’s number. Later still Royal Copenhagen Denmark was printed around the crown and painter’s numbers were replaced with lower case initials.
Dating the figurines became increasingly easier. The painter’s number gave a broader date mark but after 1934 a bar was added, either above or below the letters, making dating an item quite accurate.

The Three towers trade mark used by the company was taken from the City Coat of Arms of Copenhagen and printed in green on the base of every item. Up until the late 1940s the initials BG were always printed on items in blue, thereafter BG became a green mark.
One can loosely date figurines from B & G by the different writings around the three towers.

Grut was born in South America and educated in Gothenburg, Sweden and the Royal Danish Art Academy in Copenhagen. She worked for Royal Copenhagen from 1958 – 1987. Her main achievement was producing naturalistic pieces of sculpture in porcelain and clay. She spent literally hundreds of hours studying her subjects in zoos and at home where she could familiarise herself with the animals. Outside the Royal Copenhagen factory she continued her art work using wood and silver as well as stone and clay to produce everything from monuments to jewellery.

The son of a cabinet maker, Peter was born in Nibe Jutland. He wenton to study at the Royal Academy of Arts in Copenhagen, Germany, Italy and Switzerland. On returning to Denmark he started work for the Bing and Grondahl factory. Whilst working for the factory he continued to work in his own studio producing figures that were to be exhibited worldwide. He left B&G to start his own family business, DJ.

Recognised as one of the top sculptors during the golden age of Danish art, Lauritz Jensen had a prolific career. Born in Viborg Denmark, he enrolled in the Royal Academy in Copenhagen, followed by some classical training in Rome and Chicago in the USA. He produced work firstly for a small Danish company called Ipsens Enke and then did an enormous amount of work for Bing and Grondahl, and thereafter Royal Copenhagen. After his death his collection of figures were purchased by Peter Jensen who produced a number of them, signed LJ, from his Dahl Jensen factory. 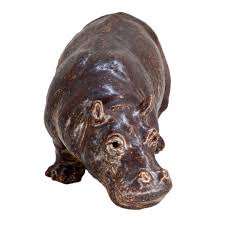 Growing up in an artistic family in Denmark, entering the Royal Academy of Art in Copenhagen, he worked for Royal Copenhagen for most of his life. Freelancing for Bing and Grondahl and his own workshop, he produced many figures, largely in stoneware and porcelain.

A Danish artist, he was renowned for his portrayal of the Danish National Coastlines. In keeping with traditional artistic skills, he modelled 47 figurines wearing national costume representing the areas under Danish rule. The expensive overglaze technique was used and they have been much sought after by collectors around the world.

A trained woodcarver, he started work as a modeller for Royal Copenhagen in 1898. At a time when the factory was at its most prolific, he was to become one of the most prominent sculptors there, he worked there until his death. New techniques in porcelain manufacture enabled more intricate figurines to be produced in both underglaze and overglaze decoration. He regularly exhibited his figurines and achieved recognition with silver and gold medals from Milan and Brussels Art Fairs.